Caring for Our Community for
Three Generations

Next
Push button for menu
Welcome to the memorial page for

Welcome to the memorial page for 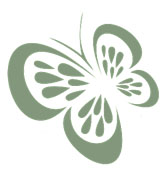 She was born on January 4, 1923 in Boltonville to the late Frederick and Lillian (nee Meilahn) Belger. Dorothy graduated from West Bend High School in 1940 and then attended Sheboygan Business College. She served as the Washington County Deputy County Clerk for nine years and then she worked at the Ziegler Co. in West Bend for several years. She married Edward W. Bocher on September 22, 1945 at St. Lucas Lutheran Church in Kewaskum. After their marriage they operated a farm in the town of Fredonia. Her husband, Edward, passed away on July 9, 1979.

She was a member of St. John's Ev. Lutheran Church, West Bend.

She was preceded in death by her parents, her husband, a daughter, Janeen Lynne Bocher, and a brother, Frederick (Morla) Belger, Jr., a sister-in-law, Marian Belger.

Funeral services will be held on Monday, July 6 at 1:00 p.m. at St. John's Ev. Lutheran Church, 809 S. 6th Ave., West Bend. Visitation will be at the church on Monday from 11:00 a.m. until the time of service. Burial will follow in Washington County Memorial Park, West Bend.

Memorials to the St. John's Organ Fund are appreciated.

A service summary is not available